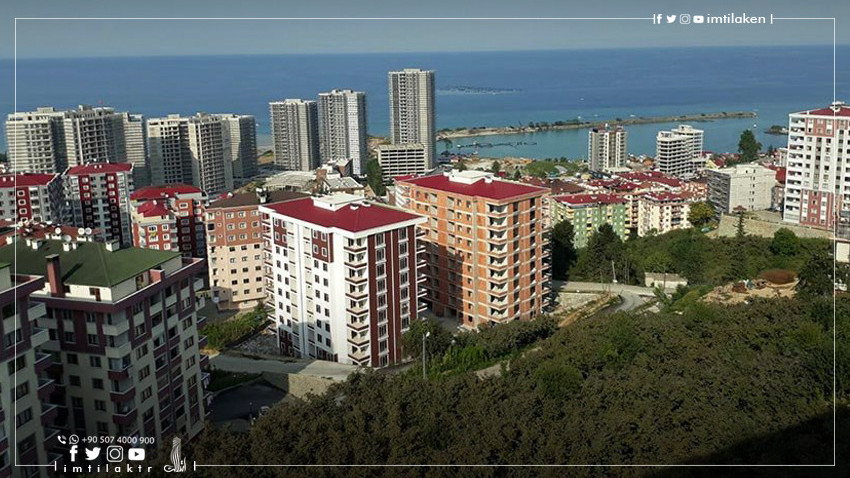 Yomra is one of the most important outskirts of Trabzon city in the eastern Black Sea region, located on a plain land along the inflow of Yomra tributary on the Black Sea, that is within the borders of Trabzon city located to the east of the city center for about 15 kilometers, as the district is away from the Black Sea Technical University "Karadeniz Teknik Üniversitesi" and Trabzon airport for about 7 kilometers.  According to census 2013 the population was estimated about 35 thousand and the area of 207 square kilometers, as for the history it goes back to B.C where it had lived through Alhethein, Assyrians and entered under the Romanian rule, and after the division of the Romanian Empire it had remained under Byzantine rule, and has been managed by the Byzantines until seized by Alcoleen, and after the Fatih Sultan Mehmet opened Trabzon the district entered under Ottoman control, which turned into a district that follows the mandate of Trabzon state, and continued as a township until in 1957 it turned into outskirt (Province).

Many official and unofficial institutions, hospitals, governmental institutions, luxurious hotels, companies, fairs, and shopping centers are known in the region spread in the city. Additionally, many shopping malls that attract thousands of tourists to the region, such as Jawaher mall, Trabzon mall, and Debomar mall, also it embraces one of the largest gymnastics hall in Turkey, and Trabzon center for global trade which consists of tourist, health, business units, and the Private University of Eurasia with many educational and health institutions. The district contains entertainment centers, parks, sports and other units of social activities. As well as, many ready-food factories spread in the district. Furthermore, it has a very good transportation network which does not suffer from traffic congestion.

Today, the district is considered one of the most vital areas of the city, and we can say that it turned into one of the central areas that form the center of Real Estate in Trabzon, also it took a turn into more sophisticated districts of the city Trabzon in terms of infrastructure. Making it a center to attract investors in all of the real estate, commercial and tourism fields who began looking for apartments for sale in Trabzon, it is also expected that the number of people in the region will exceed 50 thousand, thanks to the expansion and continuous development. Moreover, there are a lot of real estate projects that are managed by the largest real estate companies in order to be built in a perfect way as well as the projects that are created by the major state-owned companies. The district is witnessing urbanization projects which will contribute significantly in the elimination of random places and old property and turn it into a typical places with more modern twist, in addition to  many services and entertainment projects such as golf games courses that will be created on the sea after obliterating section of it, where these projects will contribute significantly to transform the region into an important town centers that contain the most beautiful and luxurious apartments in Trabzon.

We can say that the district that was turning to attract tourists and investors is witnessing a rise in property prices, and also it is noticed that more foreign investment, especially Arab investments are in this region, where there are a lot of real estate projects carried out by the Gulf Arab capital companies, as well there are individual investments carried out by Gulf investors through the purchase of real estate in Yomra. It is worth mentioning that Yomra Municipality is considered a sister to the Emirate of Fujairah within the municipal siblings' program.